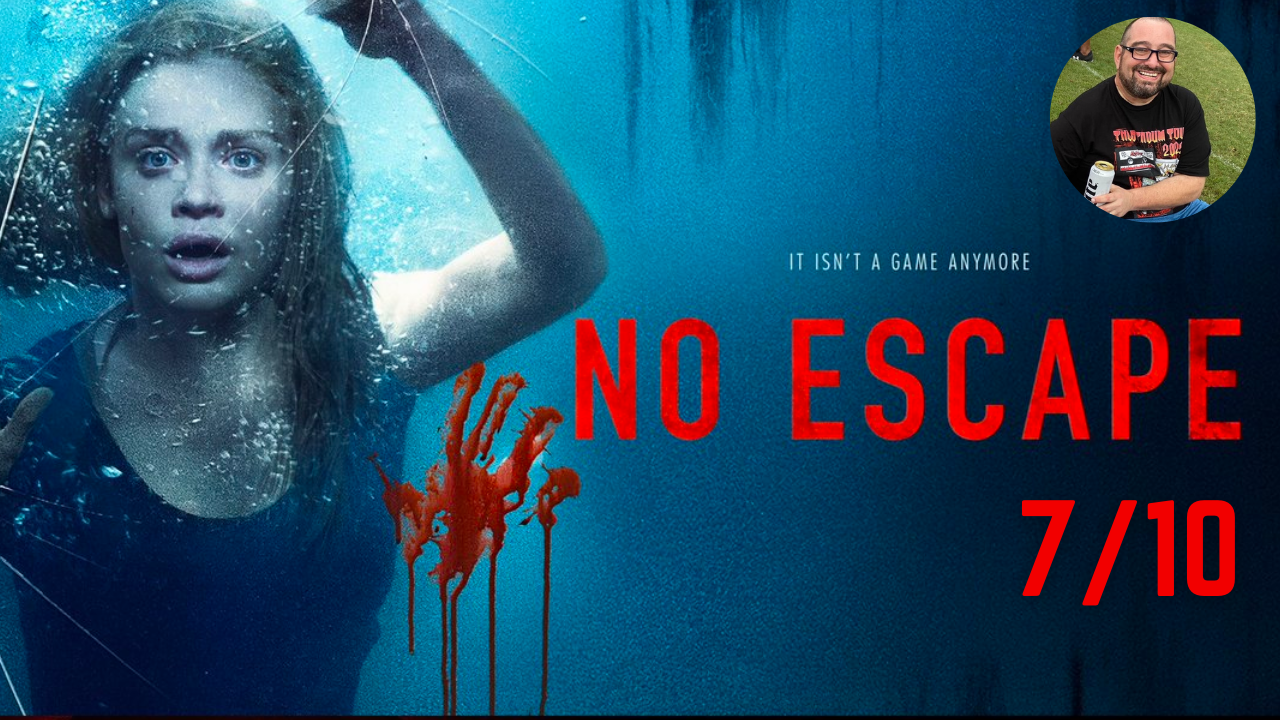 Escape Room meets Saw meets Hostel! This is a fun ride with some twists and turns and some fun gore.

Cole and his friends run a streaming site called ERL (Escape Real Life) which takes them round the world on daring adventures to, you guessed it, escape real life and allow their viewers to vicariously do so with them. Wildly popular but always needing to push the envelope, Cole agrees to his friend Dash’s suggestion to accept an invite from his wealthy friend Alexei in Russia to an extreme escape room.

Once in Russia the team is treated to lavish accommodations and a high class club. At the club they have a run in with a Russian gang who promises them retribution and foreshadowing.

In the escape room Cole awakens to find himself alone in an industrial cell with a dead body marked with an X on the abdomen. He quickly figured out that he has to disembowel the corpse to find the key to escape his room. He then has to assist his team members to escape their exceedingly dangerous traps one by one, nerve wrackingly, but successfully. They use a master key to escape completely but find the escape game is just beginning.

Turns out, the gang from the bar has arrived and shot Alexei’s bodyguards and girlfriends and are

Streaming their own show of killing Americans for sport. The escape game has turned deadly and one by one the ERL crew is picked off in gruesome fashion.

The story climaxes in a confrontation between Coke and Alexei in a bizarre twist which I won’t spoil but which was surprising enough to earn the film a full extra point and a strong recommend from me. Watch this escape game and get your hostel/saw/escape room/hitchcockian twist fix.