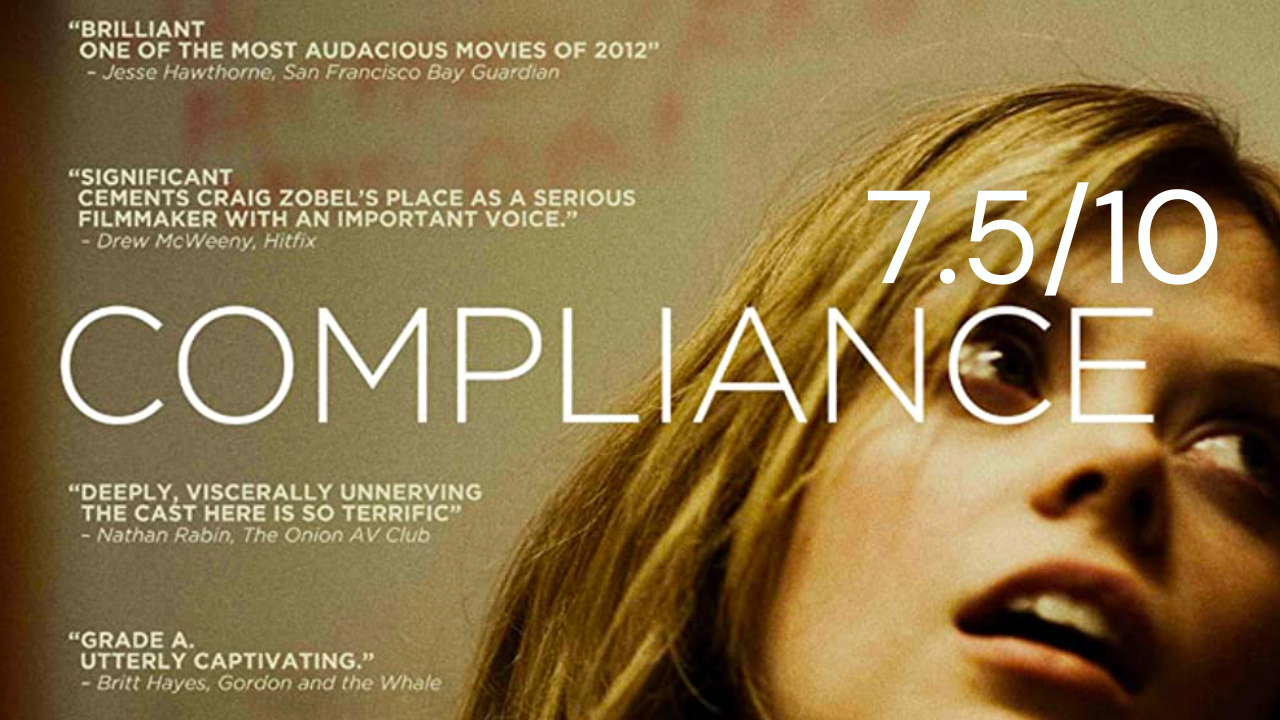 Compliance is a movie written and directed by Craig Zobel, the only reason why I discovered it. He also directed The Hunt, which was one of my favorites of 2020 that fell way too under the radar.
The movie takes place in a fast food restaurant. A phone call from police during a busy work shift sends the location manager, Sandra (fantastically acted by Ann Dowd), into a spiral. She is told by Officer Daniels (Pat Healy) that one of her cashiers Becky (Dreama Walker) stole from a customer.
The officer on the phone instructs various employees to strip search Becky, and eventually convinces Sandra's boyfriend to spank her. It's cringe scene after cringe scene. The young cashier is abused and exploited repeatedly, and you can't help but think "WHY ARE YOU NOT QUESTIONING THIS 'OFFICER' ON THE PHONE?"
They keep asking the officer why he has not arrived, and he claims he's currently searching Becky's house because her brother is involved with drugs. The questioning does not go further than that.
This is a frustrating watch, because there's no way that people are this gullible, right?
That is until I saw the credits read:

The caller was said to have coerced managers of more than 70 fast food outlets in 31 U.S. states into strip-searching, humiliating, and sexually abusing customers and staff.

Excuse me?!
According to EW, the film is "based on a real incident from 2004 when an 18-year-old employee at a McDonald's in Kentucky was detained, stripped, and sexually assaulted on the instructions of a caller pretending to be a policeman". The footage is even on YouTube. A 38-year old prison guard was thought to have made the calls in 2004, but was not convicted based on "insufficient evidence". He was acquitted in 2006 (NBC News, 2006).

A douchebag being acquitted.

This reminds me of a famous psychology experiment, the Milgram Shock Experiment. How far will people go when they think they are in the presence of authority?
Anyway, back to the movie. This movie shows how gullible the American public can be, and it was acted damn well. It was unique and captivating. It's cringe to watch, but it's meant to be. Zobel set out what he meant to do with this one, and that's frustrate the hell out of me.
Rating:
Acting: 8/10
Story: 7/10
How gullible people are: 8/10
Shock factor: 6/10
Ann Dowd: 10/10
The real "Sandra the manager": 1/10
Overall rating: 7.5/10

Where can you watch?
Amazon Prime, VUDU, Pluto TV, Plex