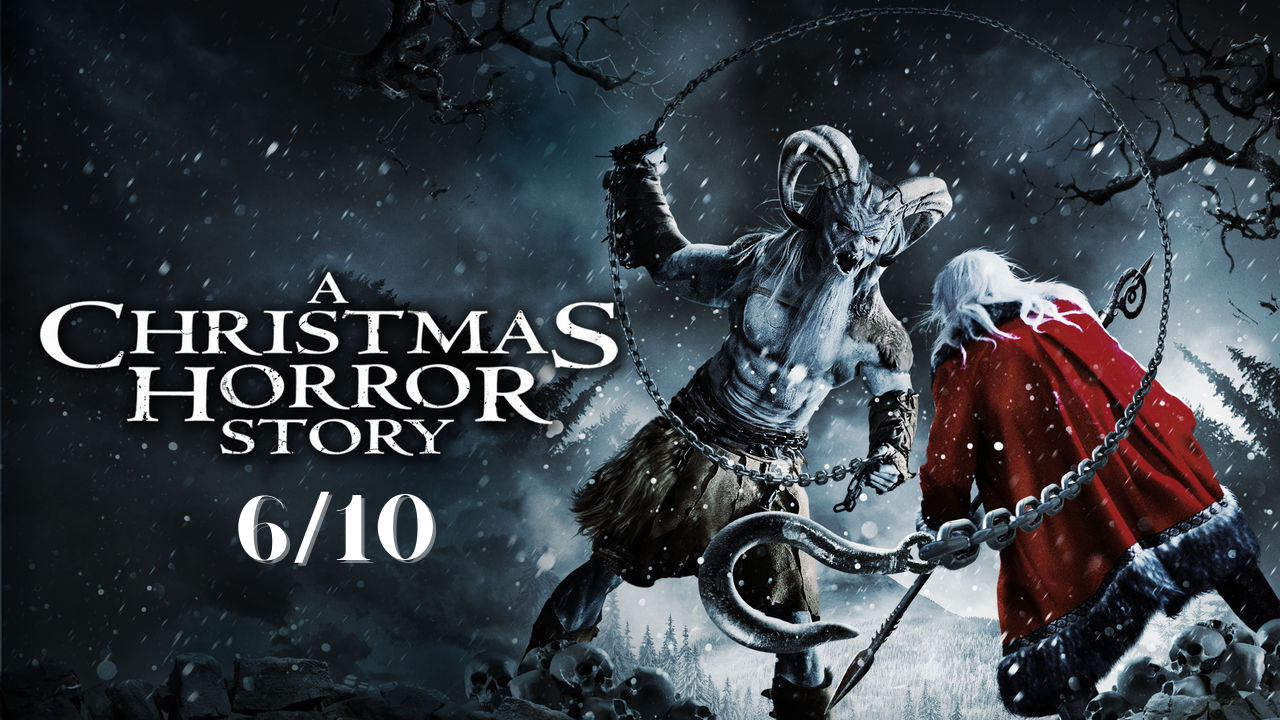 After what feels like 20 minutes of opening credits and Christmas music, we begin with a brooding Santa with an axe and impending doom. We can feel what's coming, and we love a good mediocre Krampus story. What makes this one unique? Krampus kind of also looks like a Yeti. We'll call him Yampus.

Several anthology stories start unraveling to make up one fucked up Christmas Eve, narrated by a drunk William Shatner as a radio host. The movie doesn't give time to really connect with or empathize with characters, but that's not why you're watching a movie called A Christmas Horror Story. You're kind of found rooting for all of the characters to get picked off one by one by the Yampus and Changelings.

There are horror movie clichés and tropes sprinkled across these stories. Found-footage style with kids in a school, creature possession of a child in a struggling family dynamic, a desperate family after a car accident in the woods, and of course Santa having to ward off his elves that want to eat him.

It's fun, entertaining, and mindless. I must admit I took great joy in watching Santa kick some ass.

Oh, and the Changelings are perverts. But also kind of cute, in a really weird way.

One of my favorite parts lies in the credits disclaimer: "no elves were harmed in the making of this film".

"I said I don't want a goddamn cookie! You reindeer fucking snow whore!"
-Shiny the Elf

Where can you watch?
AMC+, Shudder, Prime Video, Vudu or Apple TV