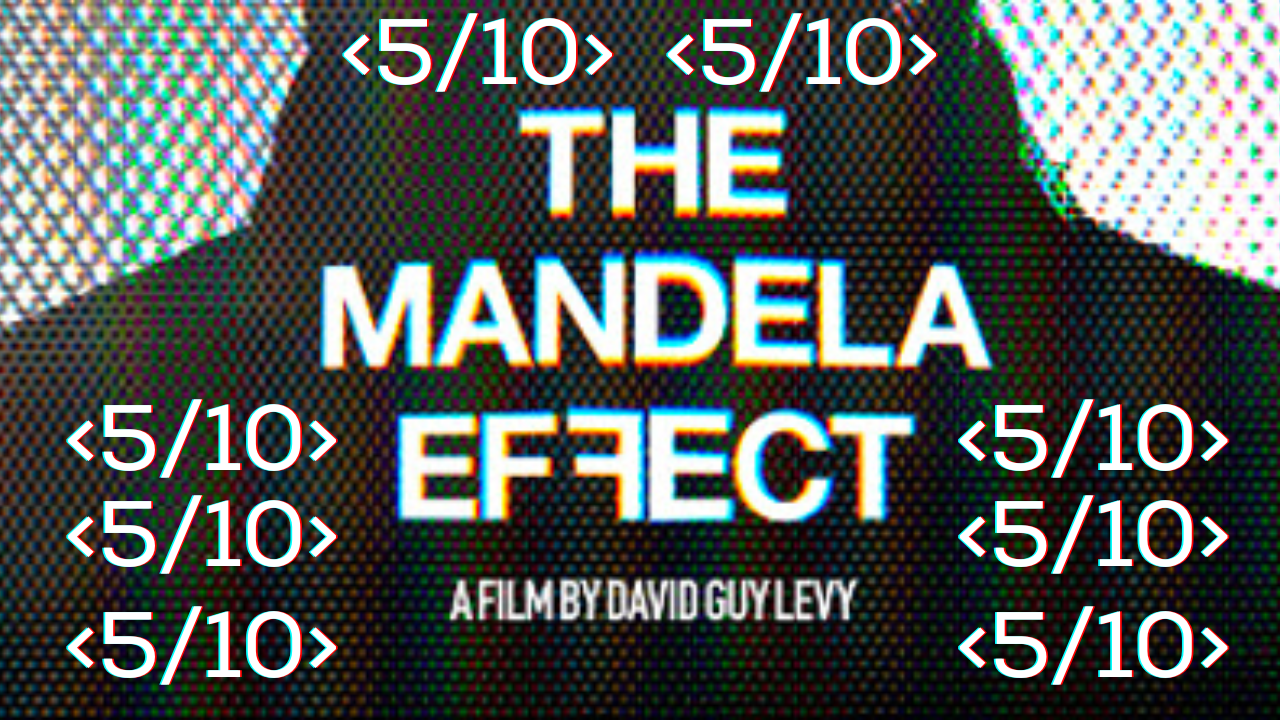 The Mandela Effect is a phenomena in which a group of people misremember an event or detail that never happened. The term was coined when many people believed Nelson Mandela died in prison in the 80s (Broom, 2022). He didn't die until 2013. It's spelled "Febreze", not "Febreeze". It was never called "Looney Toons", it was always "Looney Tunes".

Want more examples? Watch the movie! Or do a quick google search. Either one works. This movie isn't as interesting as the Mandela Effect in itself.

This movie is about a man that becomes obsessed with this phenomena after the loss of his daughter. He spirals, digs deep into internet searches, and starts believing in a parallel universe. Him and his wife are unsure if they are going crazy or if there is a parallel universe out there.

What this film does well is capture grief of parents after the loss of a child. What it doesn't do well is sound mixing. The levels are off, and you need to turn the volume all the way up during a conversation for it to give you a heart attack at the decibel level when it switches to the next scene.

This movie will make you think, and maybe google some Mandela Effect conspiracy theories. I think physics and sci-fi nerds that don't care for good acting will like this one. There's only 5 critic reviews on Rotten Tomatoes, so don't let that score deter you. It's a solid enough indie film to give it a go, just be careful with your volume.

Where can you watch it?
Hulu, The Roku Channel, Tubi TV, Pluto TV, Freevee