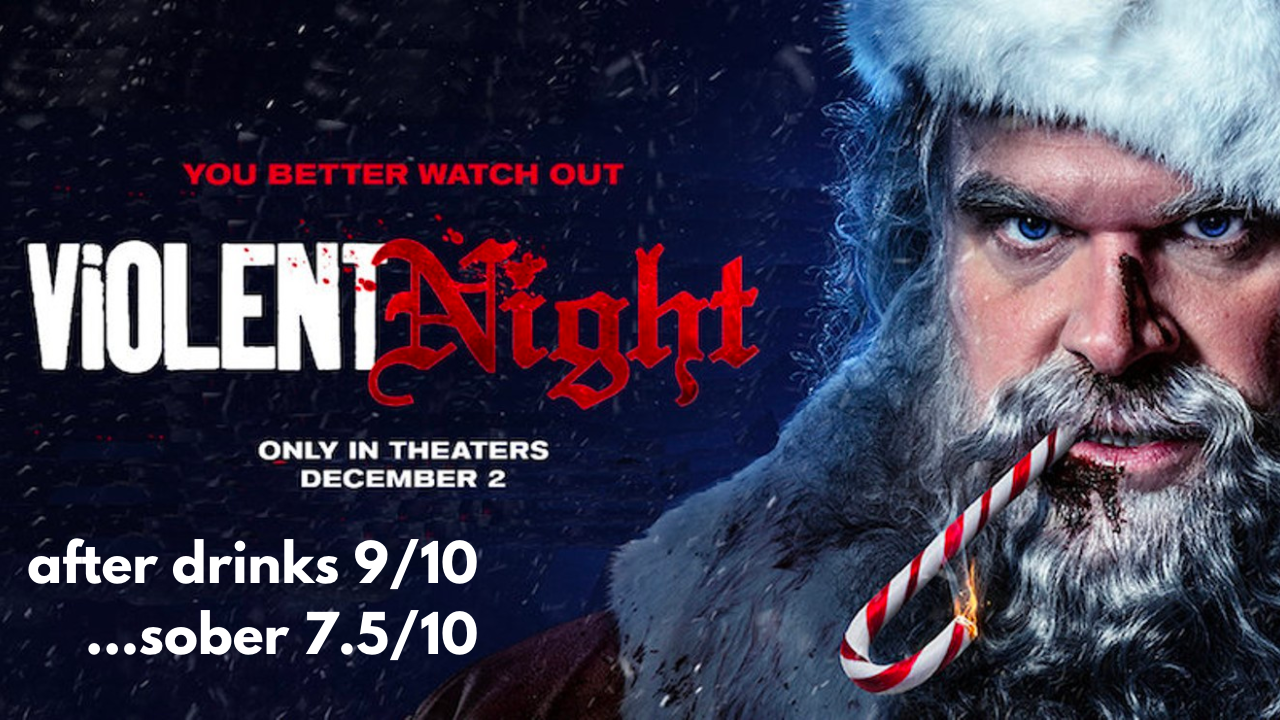 Disclaimer: I was more than 2 and less than 10 drinks in when I saw this movie and wrote the review.

So the movie starts with our Santa at a bar drinking some shots - my dream man. After a while he goes out to deliver presents. We get to know a slightly dysfunctional family that has clear issues (like we all do). They just don’t understand the meaning of Christmas.

The family starts being terrorized by robbers right after Santa leaves. Wow so sad. The family is super dramatic and throwing each other under the bus when push comes to shove. Let’s be real, that’s the true spirit of Christmas.

This is not a horror movie as much as it is an action comedy - but not “ha ha” comedy. It’s funny in the darkest ways - like Santa using a candy cane as a weapon. There’s a very select few Christmas songs in the movie that really capture the vibe in the most ironic way.

This movie has some of my favorite kills not only for the creativity but for the pure Christmas rage behind them.

The last 30 minutes are some of my favorite kills I’ve ever seen.

Where can you watch?
Theaters