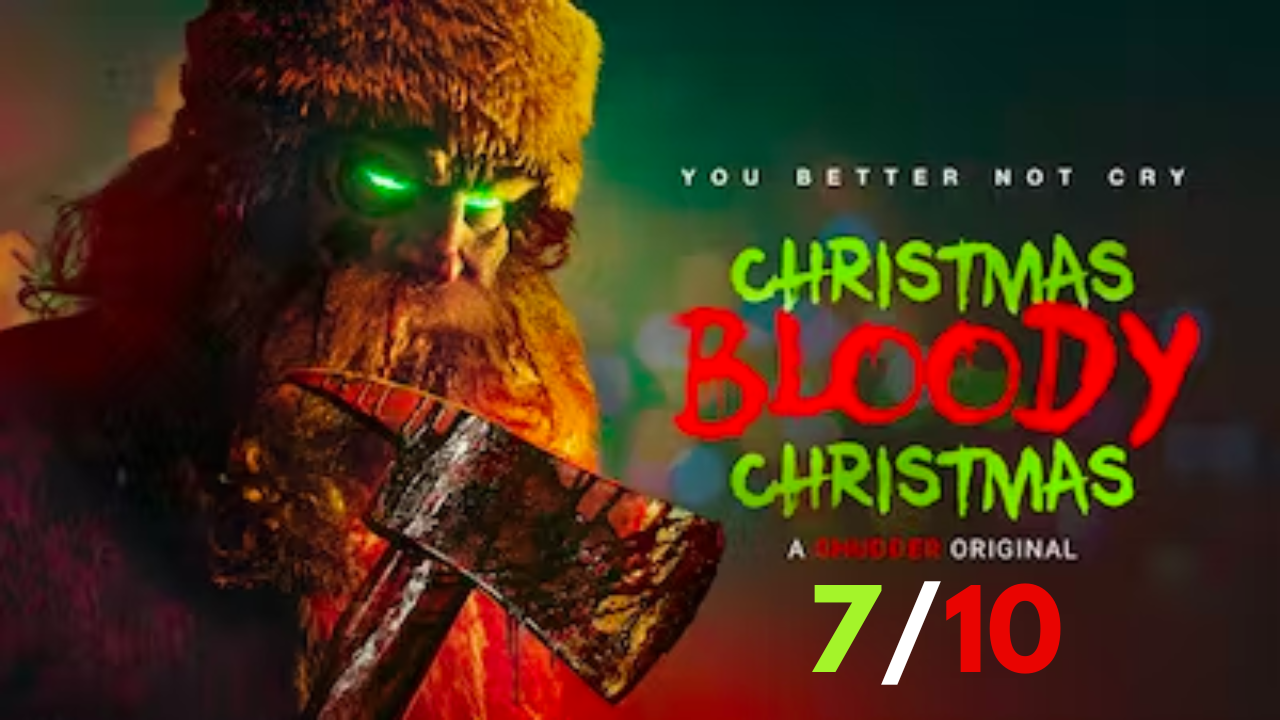 Christmas Bloody Christmas is a new killer Santa movie with a twist.

Fun fact: the film features 487 uses of profanity, with an average of 5.6 per minute.
Fun fact again: When Joe Begos pitched this movie, he originally wanted to re-make Silent Night, Deadly Night- but with an animatronic Santa instead.

Santa meets The Terminator? Not so much as Santa borrows heavily from The Terminator in its entire closing sequence. Not to say it was a bad thing, there were several new twists and enhancements from the final chase scene with Arnold and Linda. But let’s start at the beginning.
The first twenty minutes of this movie are a slog through good acting, clever dialogue, and better than average film work (cinematography, sound editing, etc). As enjoyable as the character banter is, it stretches too long as you get impatient waiting for killer Santa to enter the game.
Once he does, it’s a rollicking ride with some well above average gory deaths (did someone order a stairs curb stomp?) and some good action sequences. The killings and tension escalate regularly through the films last hour, and despite the heavily Terminator themed climax it was extremely enjoyable.

After some discussion I got the girls to come meet me at a 7 rating. Definitely a high rating for this genre (killer animatronic Santa?) but the combined action, innovative killings, and very well done “camp” factor make this a recommended Christmas watch for any horror fan.
Rating:
First 20 minutes: 2/10
Santa curb stomp: 9/10
Acting and chemistry: 8/10
Semi-accurate portrayal of police: 6/10
Terminator ending: 6/10
Overall rating: 7/10

Where can you watch?
AMC+, Shudder